Get access to over 150 different recruiting topics that focus on key elements during the college recruiting process.

The recruiting process can be confusing and arduous to navigate. You’ll have access to valuable literature that you’ll be able to download for future use.

Watch recruiting videos that discuss important recruiting situations and information that we’ve experienced throughout the years.

We want to make sure you are understanding the course with online quizzes following each chapter. Earn a completion certificate once you are through. Progress is key!
FUTURE LEarning

What's included in the online course? 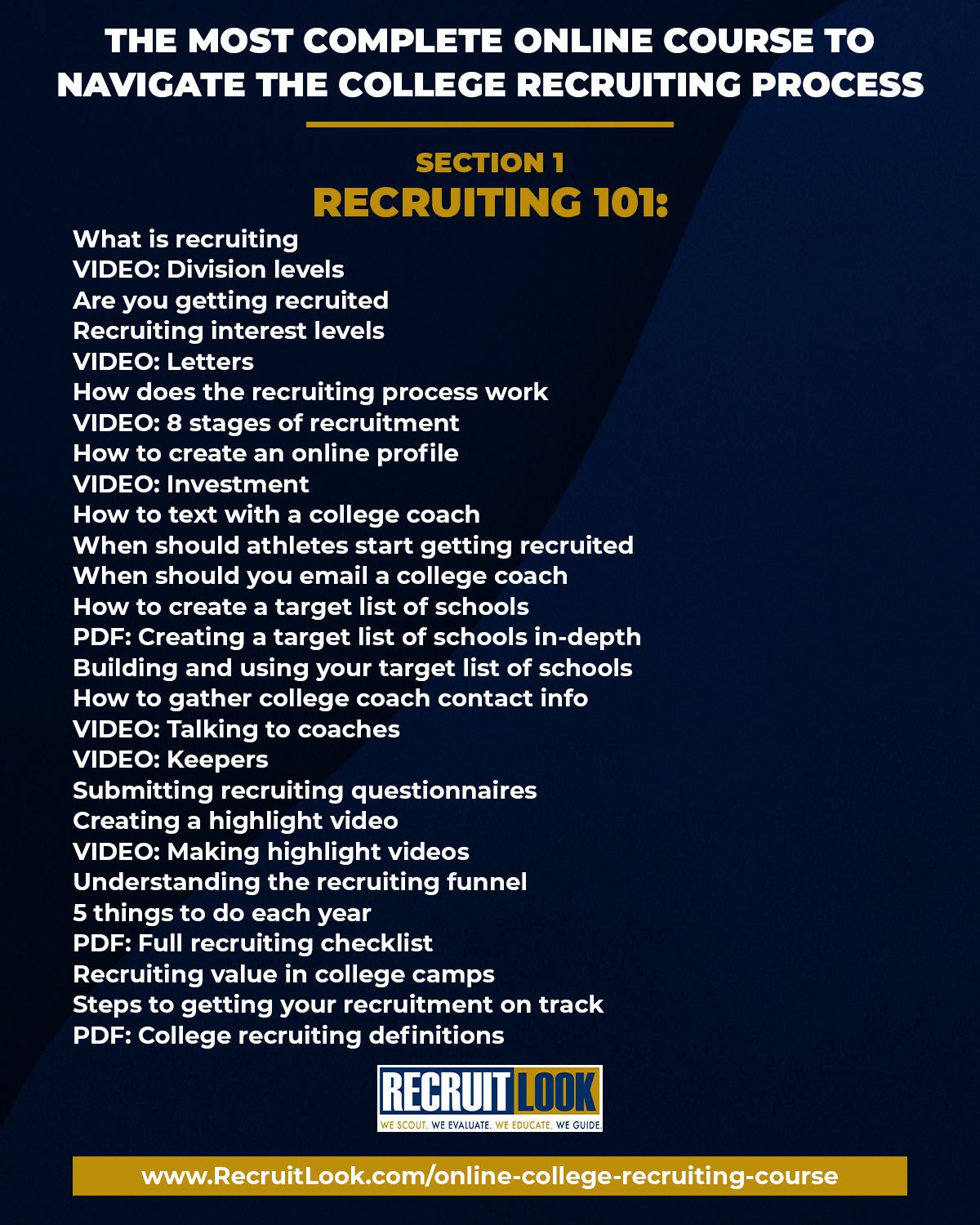 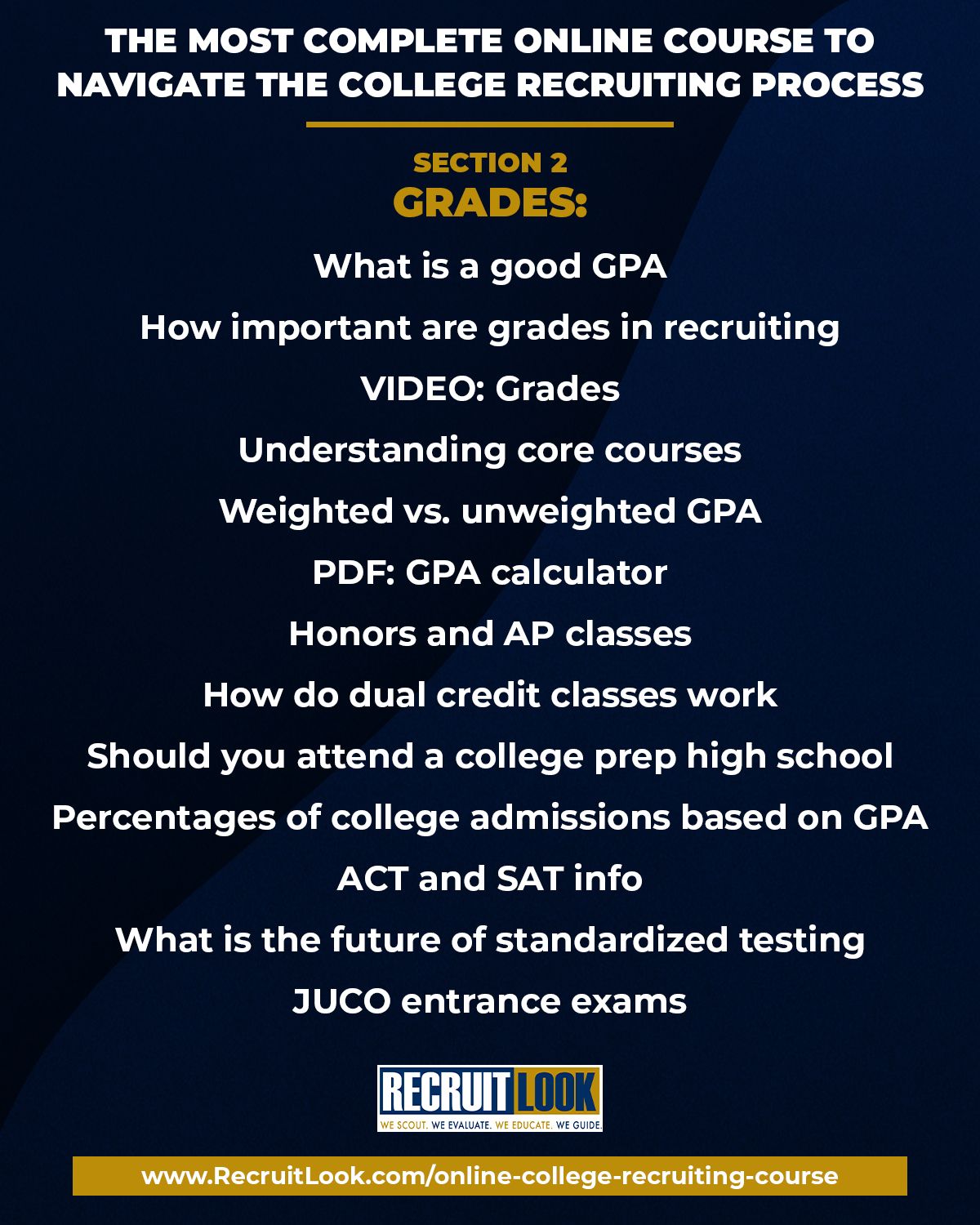 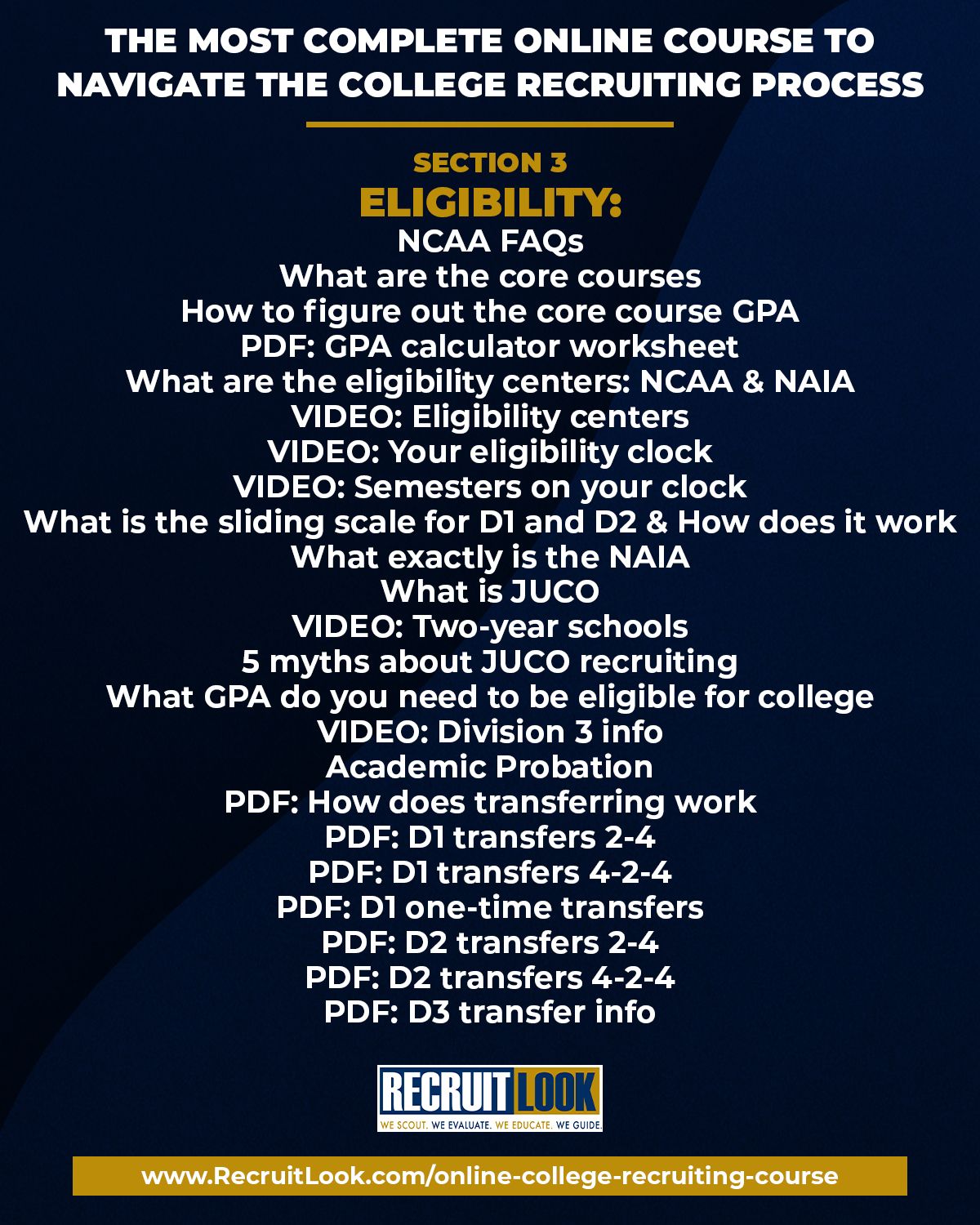 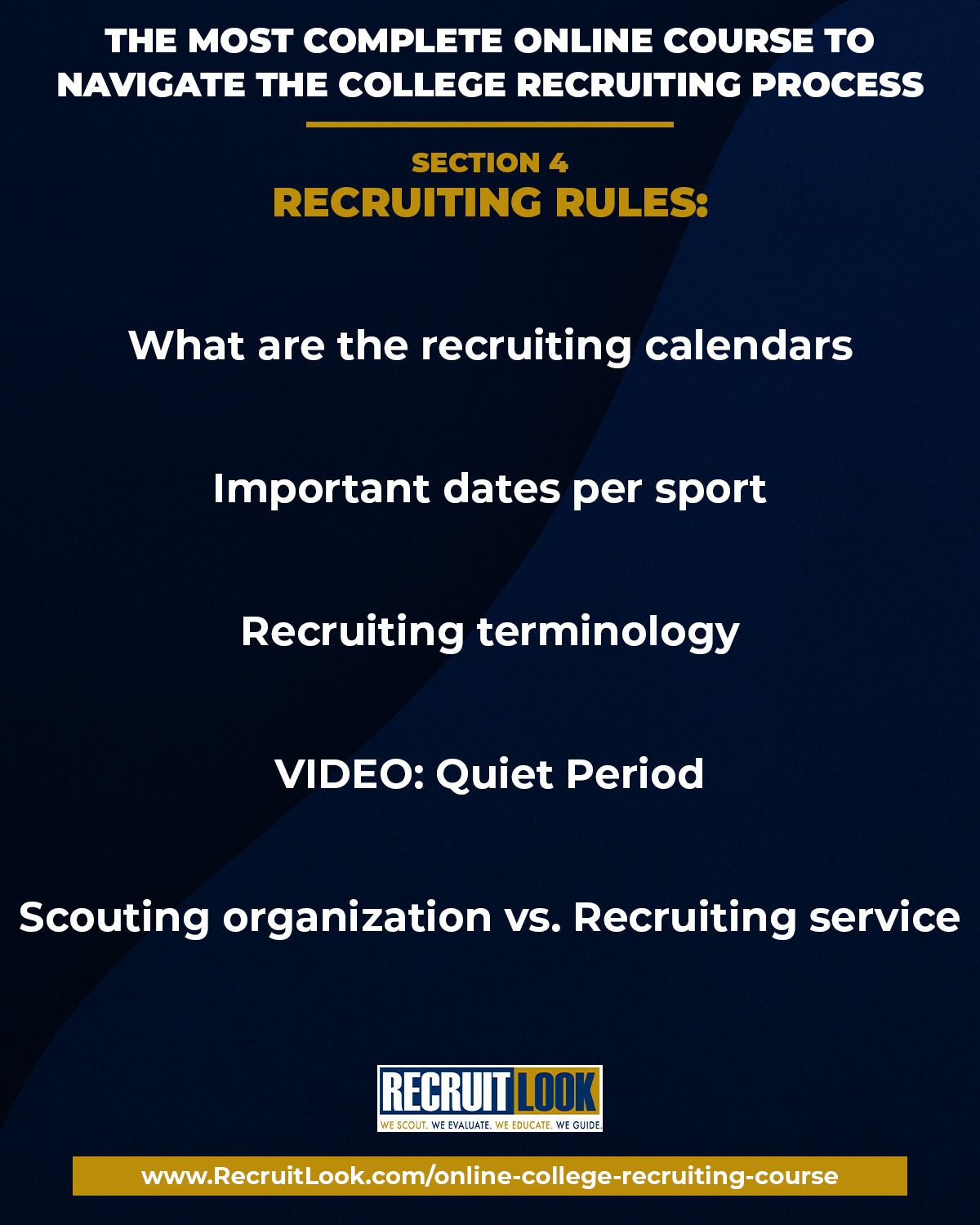 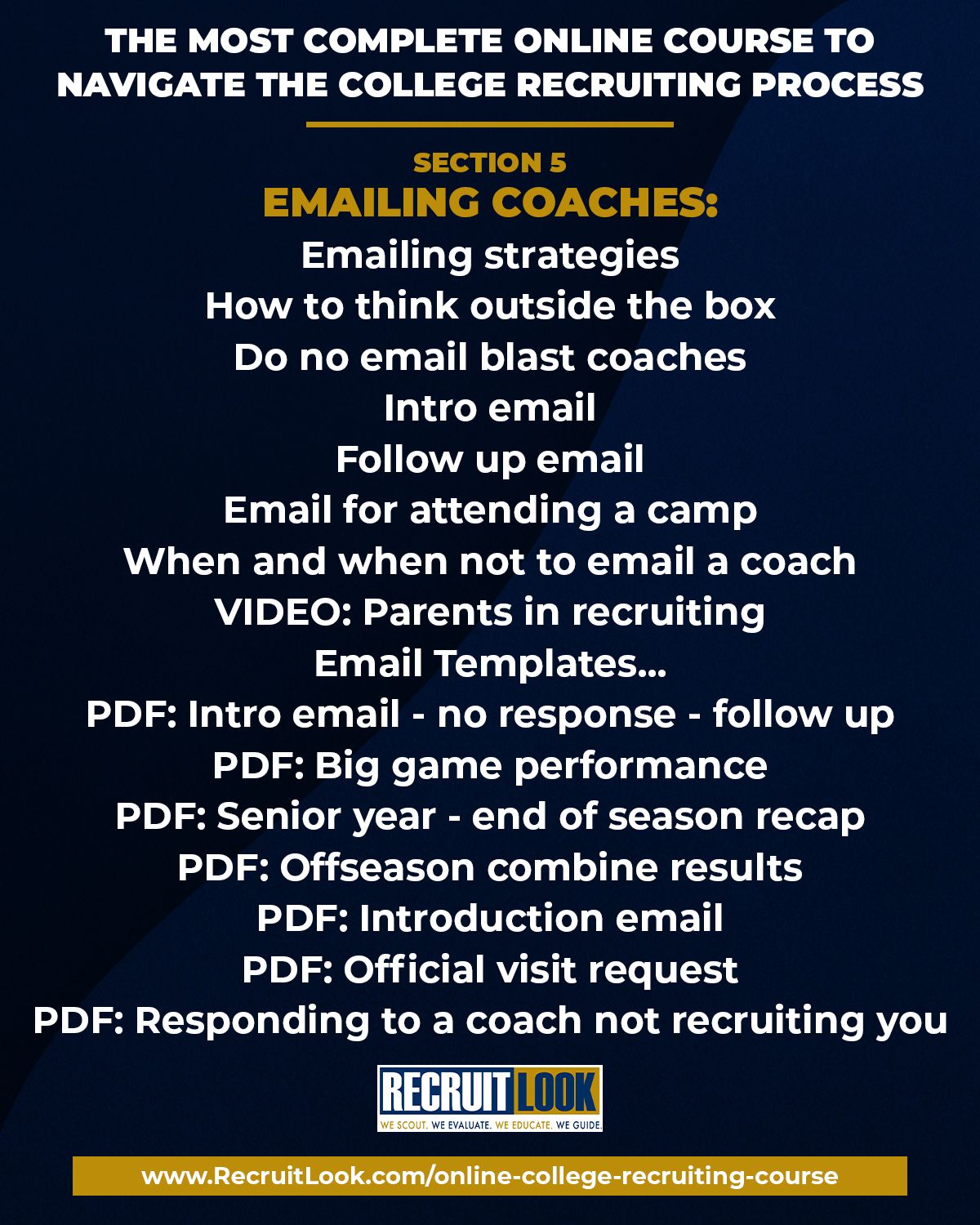 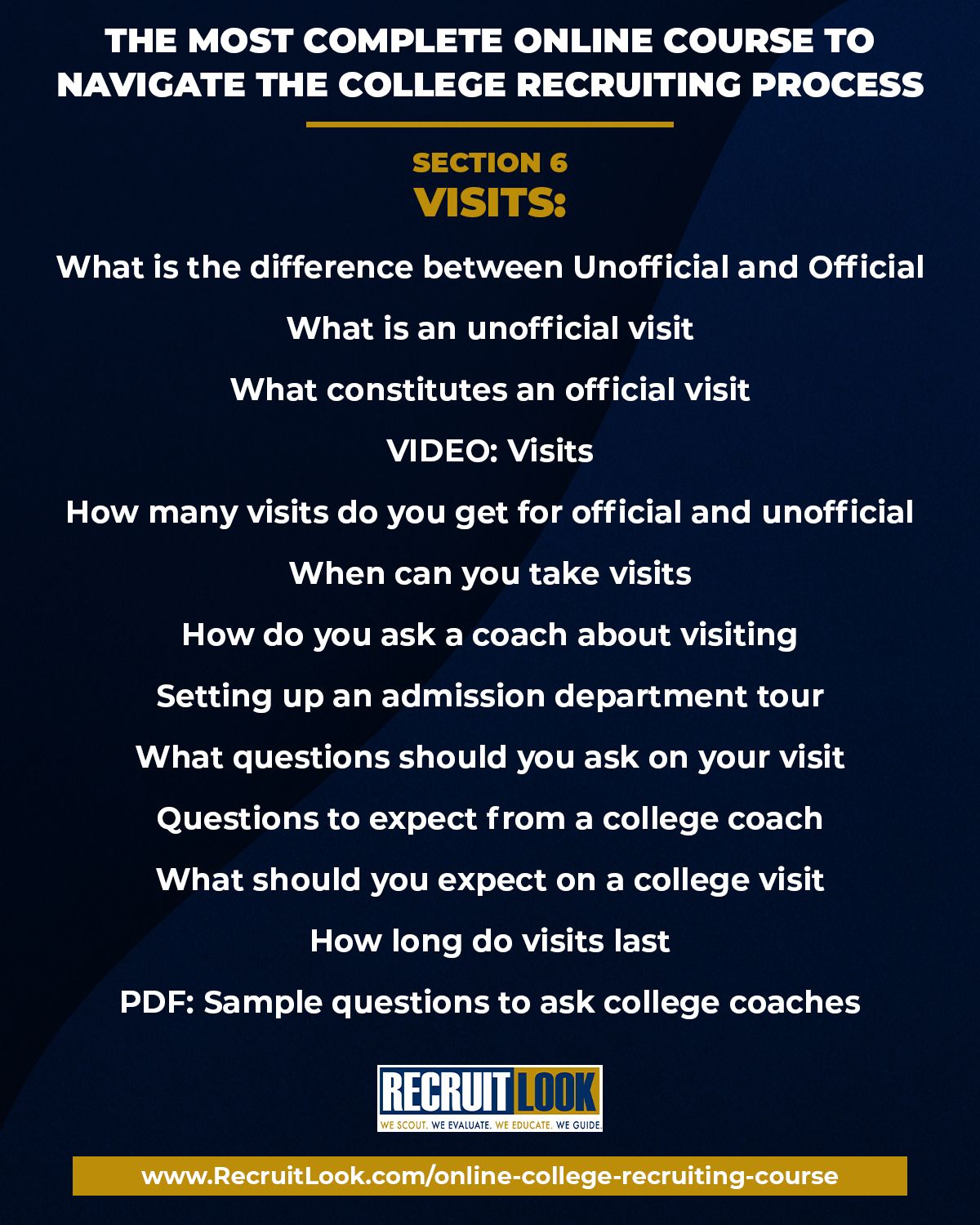 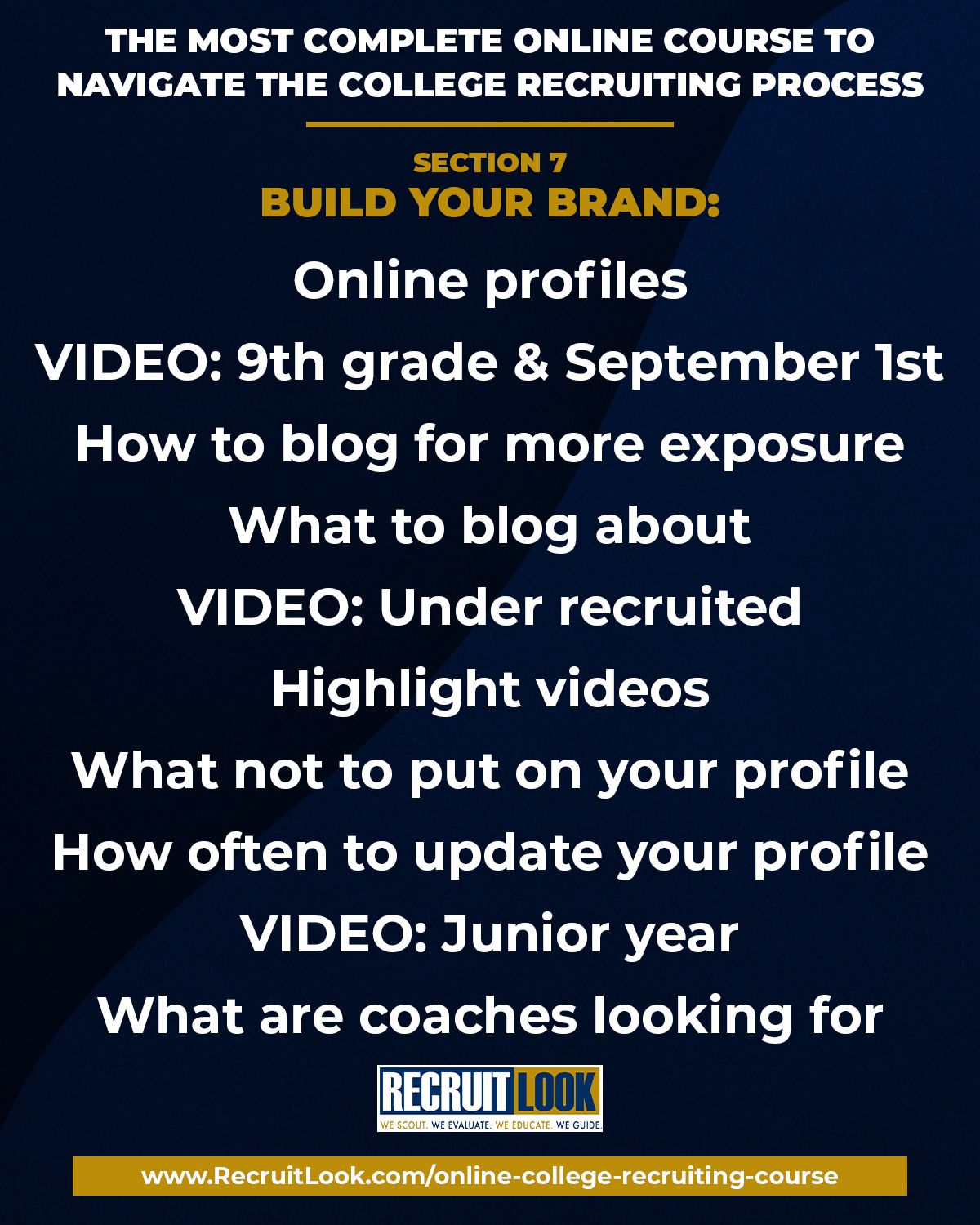 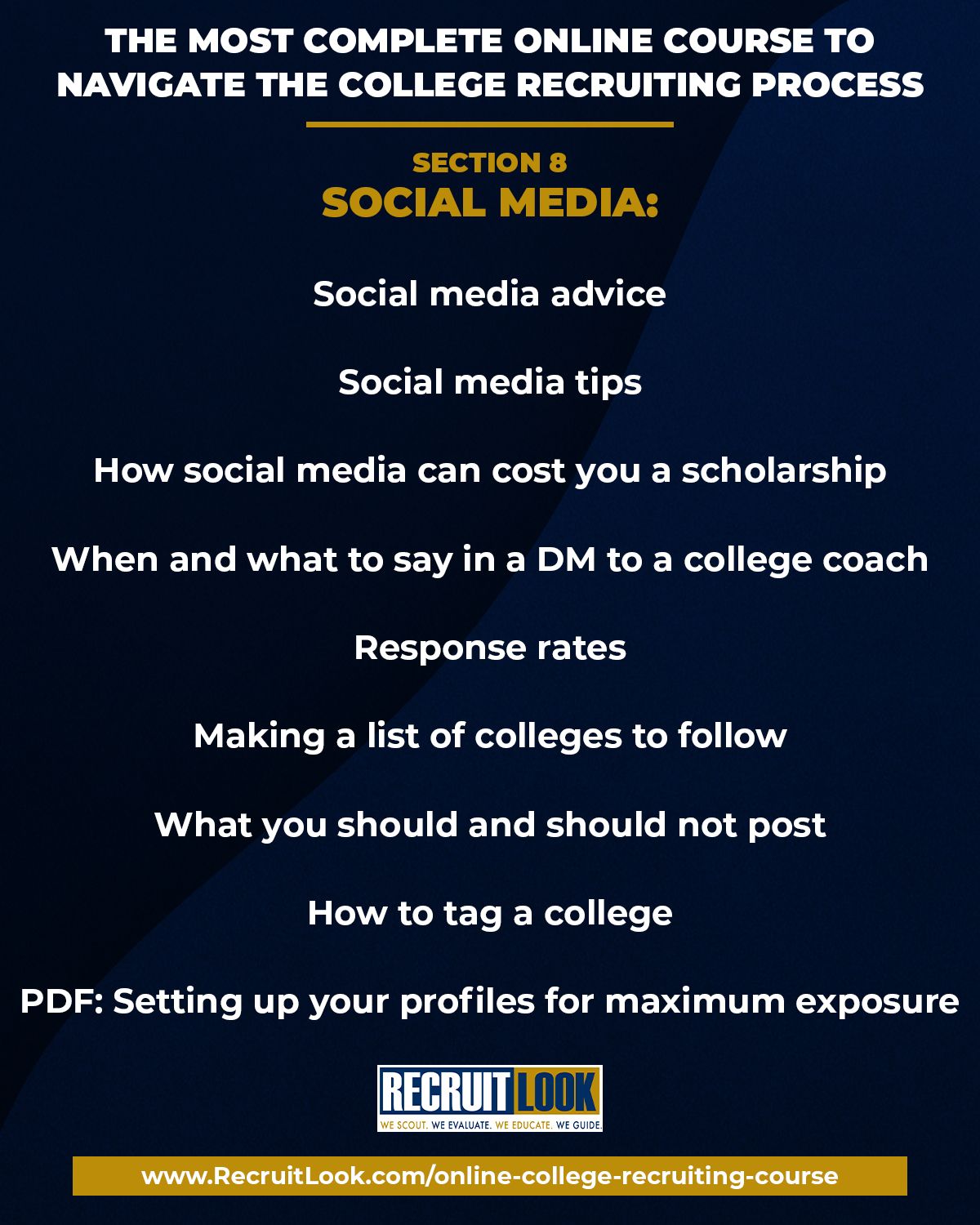 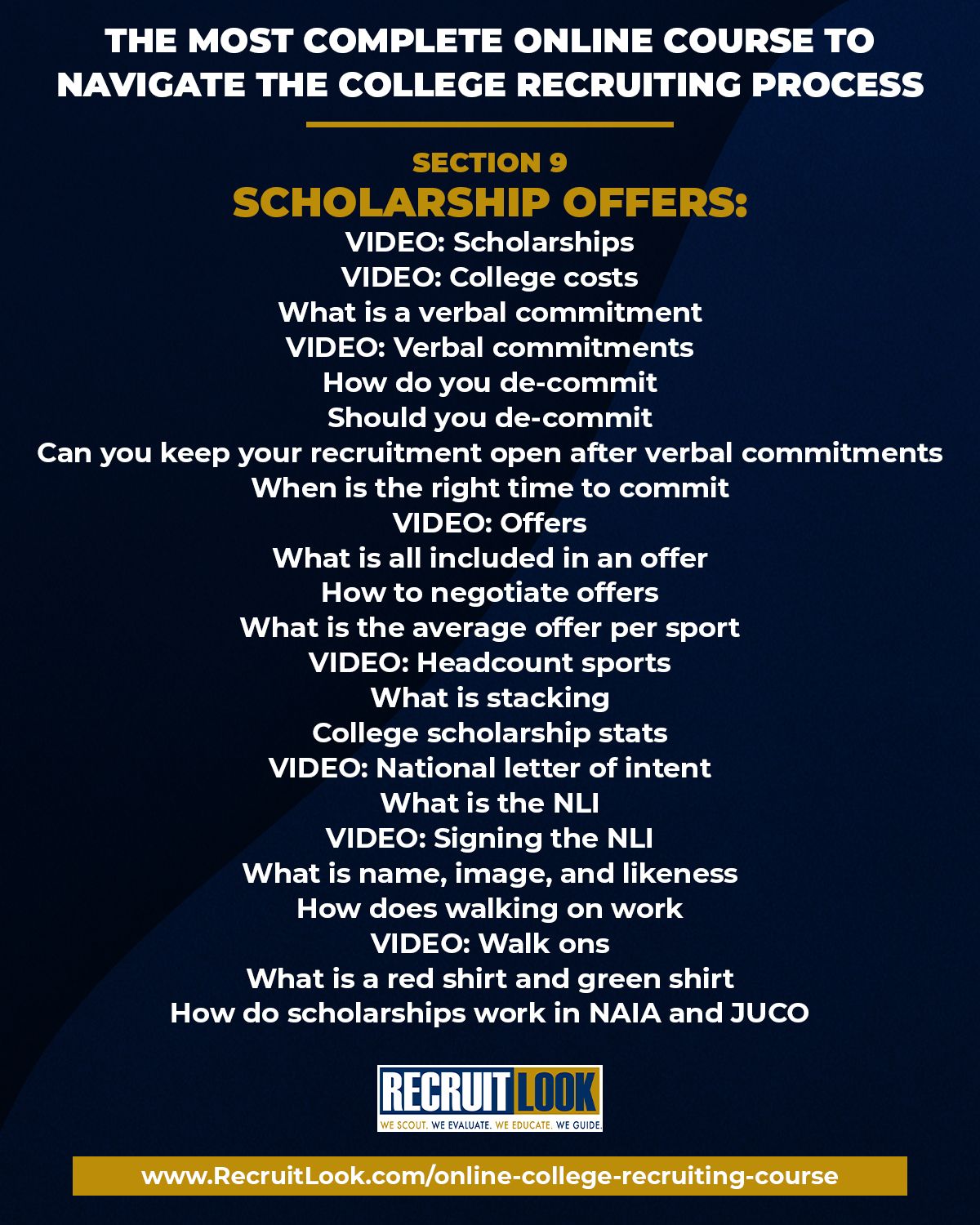 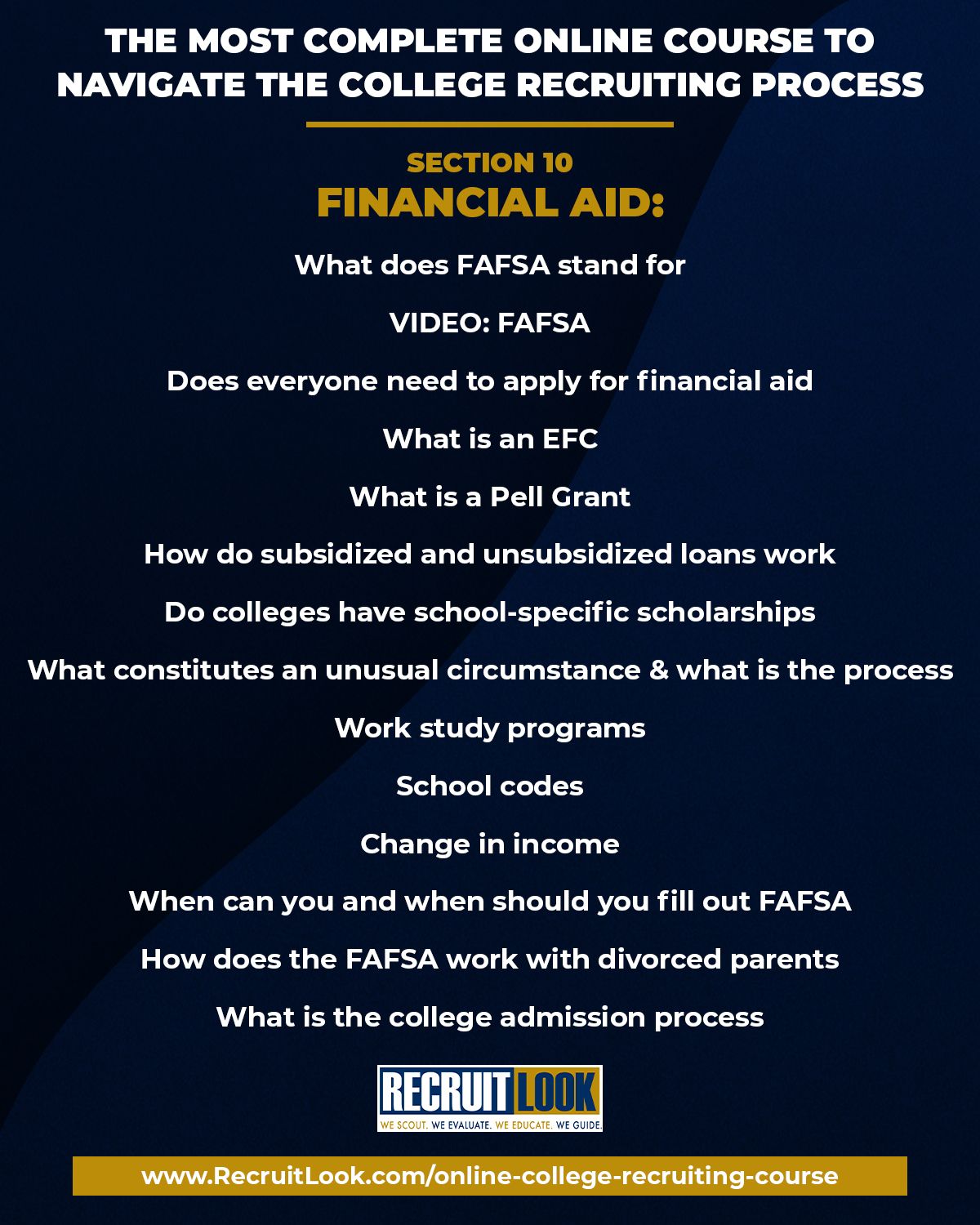 Recruitlook founder
Founded RecruitLook.com in 2008, and the brand has grown to one of the top college scouting and consulting companies in the industry. The company now has Scouts across the country and offers a more in-depth, hands-on recruiting approach with high school athletes.

RecruitLook has expanded operations into other areas of recruiting under Enright’s direction. Enright has been in and around basketball since 2005 working and hosting various events, and founded one of the biggest Grassroots Circuits in the country, RecruitLook Hoops Circuit. Some notable past participants in Enright’s events: Jayson Tatum, Bradley Beal, Colin Sexton, Cole Anthony, John Collins, and many others. RecruitLook also hosts the RecruitLook Junior Golf Tour in Vegas and the recently launched RecruitLook Softball Event Series.
Write your awesome label here.
Drag to resize

National scouting director
Tommy is a former junior college Athletic Director and Head Men’s Basketball and Golf Coach. Tommy has also studied the sports of Softball, Volleyball, and Baseball and has vast recruiting experience. He was a certified football official for 17 years in Illinois and has been involved in athletics his entire life.

Tommy’s area of expertise is knowing what it takes to play at the next level. He truly understands how athletics can aid in a person’s discipline, character, and teach life lessons along the way. His motto has always been: ‘No Grades, No Play’. Canale’s athletic department with over 100 student-athletes carried a combined 3.0 GPA with many of them earning scholarships to play at four year schools. Tommy is a hard working individual who reaches out to coaches to find their needs.
Write your awesome label here.
success stories

A few of the student-athletes that have gone through the RecruitLook.com platform to earn college scholarship funds.

“We appreciate everything you do, Mike. You guys do a good job getting prospects in here and everything ran smoothly. Keep sending us your event lists.”

“I recommend RecruitLook with the utmost recommendation to all players and coaches. They do things the right way from top to bottom, are a first class organization, and provide opportunities for athletes and colleges.”

“Your events are always well run and you take care of us. We appreciate the info on players you send us. You guys have a good thing going.”

“I want to take a second to thank RecruitLook. They have been great to work with, and are a great liaison between high school players and college coaches.”Lorem ipsum dolor sit amet, mea id vidit feugait. Stet periculis mei in. Vis modus debitis te, ad usu duis fierent praesent.